Grief Support after the Death of a Child

This website is dedicated to the memory of all of our children. 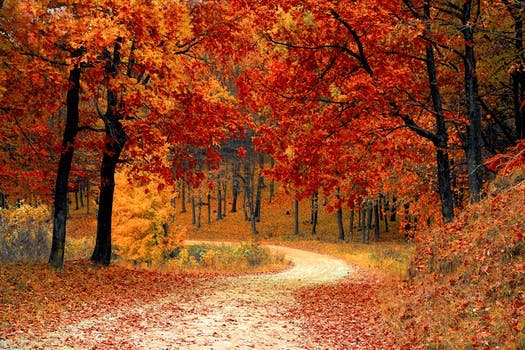 On Sunday, September 27th, we are planning to hold the North Shore-Boston Chapter’s 5th annual Walk to Remember at the Ipswich River Park in North Reading, as long as it is safe to do so by that date, according to public health guidelines. The Walk To Remember is a way for us to gather together to honor the lives of our children, grandchildren and siblings. It also serves as our chapter’s largest annual fundraiser and thereby supports our mission, including our bi-monthly chapter meetings, our monthly newsletter, our website and our chapter events.

Participants are welcome to bring their own picnic lunch. The chapter will provide bottled water.

To register for the Walk To Remember, please complete the form below. You may register as an individual or as a group. Registration fee is $15 per person, but children under the age of 12 may participate for free. After you have completed the form, click on the Submit button at the bottom of the form. You will then be transferred to our chapter PayPal account, where you can process your payment via credit card.

If you are unable to participate in the Walk To Remember, but would like to contribute to the fundraiser, please complete and submit the General Donation form on the Donate page of the website.  Click here to access the form: General Donations

If you prefer not to process your donation online, donations can be mailed to:

If you are one of our seasoned grievers, our chapter needs you to help fulfill its mission to reach out to the newly bereaved. Please attend our meetings and share your wisdom. There are a number of ways in which you can contribute to our chapter, including:

For more information about volunteer opportunities or to help with any of the above services, please contact David Paul at 978-771-6345 or by email.

We charge no dues or membership fees and rely on the generosity of our donors to support our website, our newsletter, office supplies, postage, copying, books and other materials. A donation box is available at each meeting for general donations. You may also make a donation to have a message posted in memory of your child, grandchild or sibling in the Love Notes section of our chapter newsletter, or you may sponsor our chapter website for one month in memory of your child, grandchild or sibling and post your message to them on our website.

We are most grateful for any way in which you are able to support our chapter.

History of Our Chapter

In 1977, eight years after her daughter, Gale, died of meningitis at the age of seventeen months, Joan McLaughlin read an article in her local newspaper about a group for bereaved parents called The Compassionate Friends.  A couple by the name of John and Dorothy Chipman were planning to hold the first meeting of the new local chapter of TCF in Lynnfield, MA.  Joan understood the importance of getting together with other bereaved parents, because six months after her daughter’s death, she became acquainted with Ada Mongiello, whose daughter had died of lymphoma at the age of three.  Together, Joan and Ada helped each other through their difficult times, so Joan imagined that it would be even more beneficial to have a whole group of bereaved parents supporting each other.

When Joan attended her first TCF meeting in Lynnfield, MA, she met Jean and Tom O’Hare, whose twin daughter, Jeannie, died of leukemia at the age of fifteen.  Joan and the O’Hares became fast friends.  A year later, when the Chipmans decided to give up the chapter leadership, Jean, Tom and Joan became the new leaders of the North Shore-Boston Chapter of The Compassionate Friends.  They moved the chapter meetings to their hometown of North Reading, MA, and meetings have been held at the Aldersgate United Methodist Church ever since.  Joan, Tom and Jean served as chapter leaders until 1989.  During that time, they dedicated themselves to reaching out to educate the local communities about the mission of The Compassionate Friends and as a result, our chapter thrived and kept growing.

At its onset, our chapter held one support group meeting per month and produced a monthly newsletter, which was mailed to all of its members.  Every December, the chapter would also hold a Candlelight Remembrance Service, which was a special, significant event to celebrate our children.  This tradition has continued and is usually held on the second Sunday in December in conjunction with The Compassionate Friends Worldwide Candle Lighting event.

In the spring of 2004, some of our members came up with the idea of having a balloon release along with a potluck supper as an additional annual chapter event.  This event has served as another way to gather our members for a more casual meeting and to honor the memory of our children.  Although we no longer do a balloon release, our chapter continues to hold an annual symbolic Spring Event.

In 2005, our chapter website was established.  This has served as an additional resource for the newly bereaved and their supporters, as well as a means to increase awareness about The Compassionate Friends.

In 2011, the frequency of our support group meetings was increased to twice a month.

In 2015, our chapter Sibling Group was initiated and this group has continued to meet once a month since that time.

In 2016, our chapter added a third annual event.  The Walk To Remember, which is usually held each autumn, is another opportunity for our members to gather socially and to honor our children, grandchildren and siblings.

Our chapter has been active for over 40 years and remains strong and viable due to our volunteers, whether they are willing to organize or facilitate meetings, reach out to the newly bereaved, produce and contribute to our monthly newsletter, manage our chapter treasury, manage our chapter website, or coordinate chapter events.  It is truly amazing that when people are hurting so deeply, their willingness to help others can significantly contribute to their own healing process. The ongoing willingness of group members to reach out and help others is the reason for the long-term effectiveness of The Compassionate Friends and the North Shore-Boston Chapter.

Our chapter relies on donations to fund our newsletter, website, meetings and events.  We are grateful for whatever you can contribute.

Our chapter relies on donations to fund our newsletter, website, meetings and events.  We are grateful for whatever you can contribute.